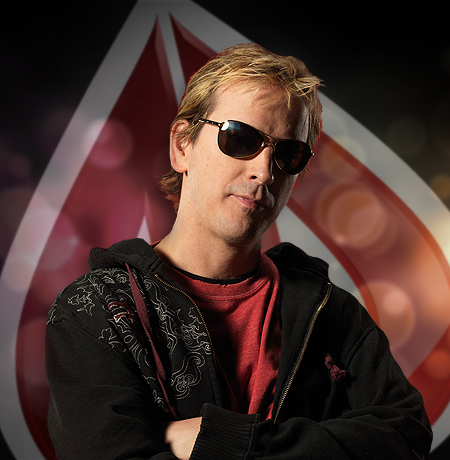 Phil Laak is a native of Dublin, Ireland and grew up on the east coast of the United States. Laak graduated from University of Massachusetts in Amherst with a degree in mechanical engineering.

His first major tournament victory was at the main event of WPT Celebrity Invitational in February 2004. He has played two other WPT final tables since then: placing sixth in both season two of the Battle of Champions and the 2005 Five Diamond World Poker Classic. To date his career tournament winnings total $2,527,268 from 16 wins and 44 cashes.

Laak has been a columnist for Bluff Magazine since 2005. He also co-hosted two seasons of a show called I Bet You with his best friend and fellow Playground Player’s Club member Antonio Esfandiari. The pair traveled throughout then US daring each other to perform almost anything and everything that inspired them, using their own money to bet with each other.

In June 2010, at the Bellagio in Las Vegas, Laak set a Guinness world record for longest sustained live poker play in history by spending 115 hours playing in a single session. He is credited with coining the phrases "felted" which means having lost all of your chips; and "pay-off-wizard” to describe a player that often makes bad River calls.

Phil is romantically linked to Canadian actress Jennifer Tilly, she won a WSOP bracelet in 2005 for the ladies No Limit Hold-em, and earned a prize of $158,335.