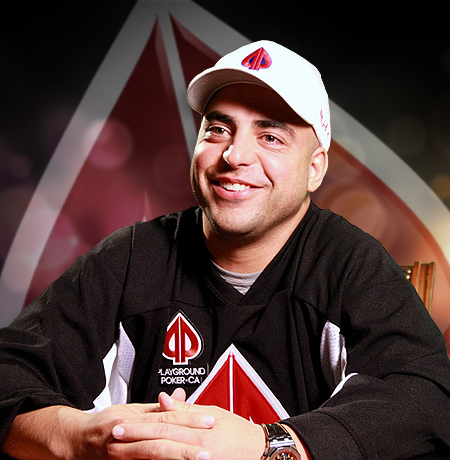 Marc Karam is a Montreal born world class live poker tournament player. Karam studied glazier and metal mechanics in trade school. It wasn’t until 2001 that he began to play online and participate in local tournaments. To date he has raked in a total of $2,458,732 in career tournament winnings.

One of his career highlights includes two final table appearances in the European Poker Tour Grand Final Championship. In 2006, Karam eliminated Marcel Luske to place fourth. He returned to the EPT in 2007 to finish 2nd at the Grand Final. He boosted his bankroll by over $1.6 million dollars from his 2nd and 4th place finishes in those events alone.

The momentous event was a turning point for the young player as he then decided to quit his job to become a full time professional poker player. In 2006 Karam placed sixth at the final table of the World Poker Tour North American Poker Championship and walked away with more than $150,000.00

In 2007, Karam became a regular monthly contributor to both Canadian Poker Player magazine in Canada, and Card Player magazine in the US. In 2010, he won the 8-game tournament at the PCA, and continues to play regularly on the live poker circuit and online.