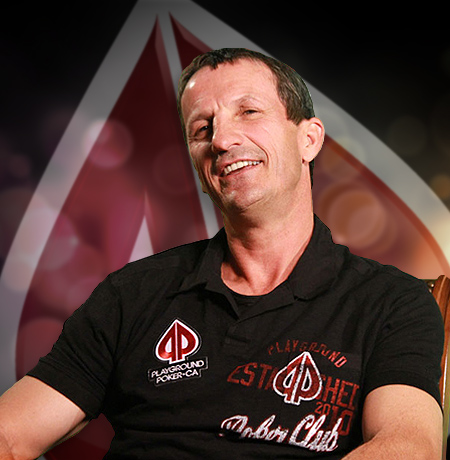 Born in Sept-Iles Quebec, Guy Carbonneau is known as one of the best two-way forwards in professional hockey history. He was the last man to captain the Montreal Canadiens to a Stanley Cup back in 1993, one of the three he won in his career, also drinking from the Stanley Cup in 1986 and 1999 as well. Guy is also a three-time winner of the Selke trophy as the top defensive forward.

A fan favorite at the Montreal Forum, Canadiens fans were known to chant “Guy! Guy! Guy!” when he would carry the puck on home ice to honor their hero. After a very unpopular trade to Dallas in 1994, Carbonneau returned to Montreal for the inaugural game at the Bell Centre, where he participated in the pregame ceremony and took the ceremonial faceoff at center ice before the game began.

No stranger to a poker table, Carbonneau has been playing cards for years and was the last captain standing in the Playground Faceoff event at Playground in September of 2011. Guy has shared the table with some of the biggest names in the poker world and makes a perfect addition to the Playground Players Club.