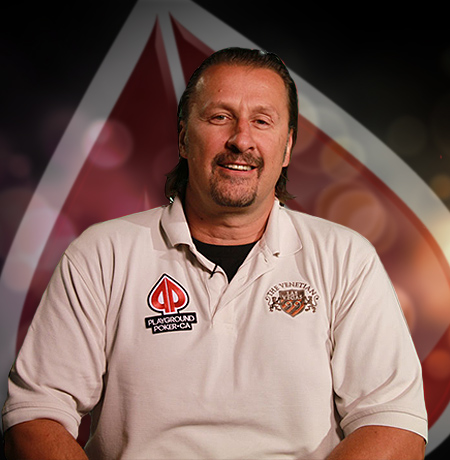 Montreal native Bobby Dollas patrolled the blueline for various hockey teams over the course of a successful 16 season career at hockey’s highest level. Since retiring, he has begun a successful career as a hockey coach and as the color commentator for Montreal Canadiens broadcasts on TSN Radio 990 in Montreal.

After being chosen in the first round of the 1983 Entry Draft, he played for the Winnipeg Jets, Quebec Nordiques, Detroit Red Wings, Anaheim Ducks, Edmonton Oilers, Pittsburgh Penguins, Calgary Flames, Ottawa Senators and San Jose Sharks.

Bobby was always known a tough competitor during his playing days and he brings the same skills the Playground Player’s Club as a smart poker player who grinds out the opposition and keeps the whole table laughing.