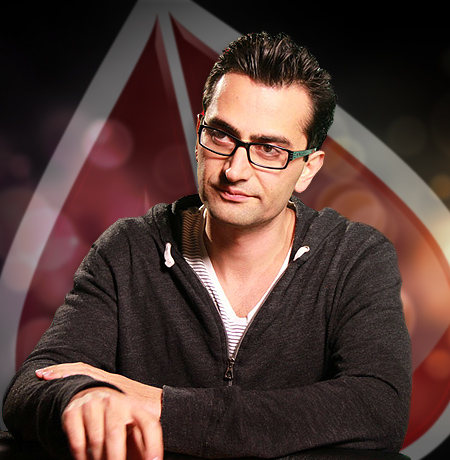 Antonio "The Magician" Esfandiari was born in Tehran, Iran in 1978 and moved to California when he was nine years old. For years he performed as a stage magician until he discovered poker, at which point he never looked back.

His first big win came in 2004 when he took down a $1.4 million prize at the WPT L.A. Poker Classic. Leading into the 2012 WSOP, Esfandiari had racked up close to $4.5 million in tournament winnings. Antonio's numbers sky rocketed in the summer of 2012 when he entered the WSOP with a clear mind and a vision of winning his second bracelet.

The Magician cashed an impressive 7 times in the 2012 WSOP, including a first place finish which awarded him the most lucrative prize in tournament poker history and a one of a kind, platinum WSOP bracelet. With that win, Antonio walked away $18.3 million dollars richer as the first person to win a tournament with a $1 million entry fee at the Big One for One Drop. Esfandiari's career winnings are now at a staggering $23 million.

Antonio is a gentleman on and off the felt. Just ask one of the players that had the pleasure of meeting him on one of his numerous trips to Playground Poker Club, his favorite place to play when he's visiting the great white north!