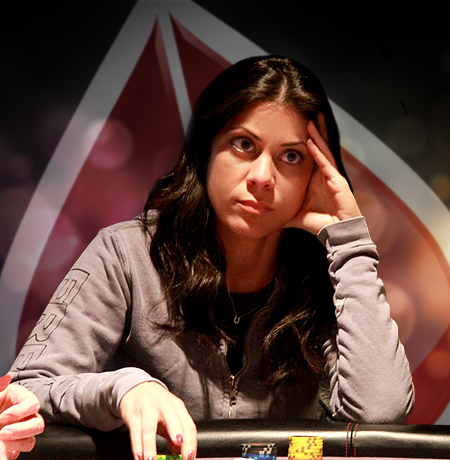 Anne-Marie Angelil has been playing cards since before she could count. In fact, she says when she was four years old, she couldn’t add 2+2 but she knew when she had 5 and 6, she had to double up. Her passion for poker was ignited in 2006 during a visit to Las Vegas when her stepmother, Celine Dion, was a fixture at Caesar’s Palace. Her famous father Rene Angelil was entering daily tournaments in the poker capital of the world and Anne-Marie tagged along and took notes. That's one heck of a way to learn the ins and outs of the game and that’s exactly what Anne-Marie did, watching the likes of Phil Ivey, Gus Hansen and Johnny Chan do their thing.

A mother of three, Anne-Marie still manages to find time to play and there’s nowhere she’d rather be doing it than in the friendly confines of Playground. One of the rising stars of the Player’s Club, Anne-Marie is a player to watch in the years to come!