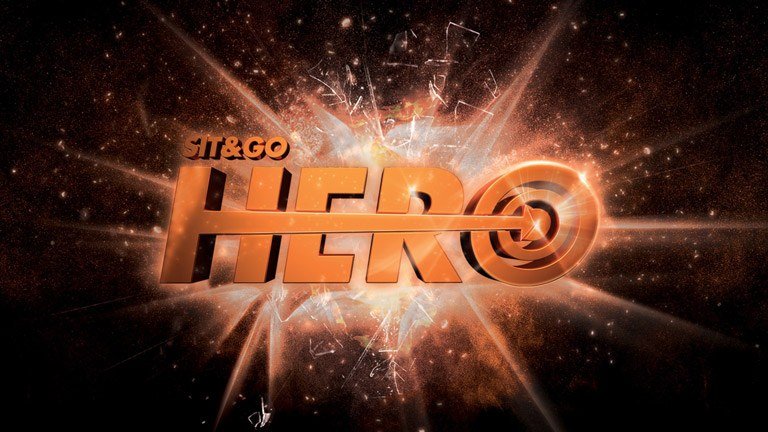 Sit & Go HERO is a fast paced 4-handed Sit & Go bounty tournament with a twist. It’s a chance to win big from as little as $1! How big? We’re talking a prize pool worth up to 10,000 times your buy-in!

Random draws will decide the total prize pool to be won and which player will have a bounty on their head.

Can you become the Hero and win big?

What can I win?

The total prize can be anything from double to 10,000 times your buy-in!

The total prize is split in two ways:

In most cases the winner of the tournament will win 75% of the prize pool. However, when the multiplier is 50 to 1,000 times the buy-in, 2nd and 3rd position will also be paid, and for our largest 10,000 multiplier, we also pay the 4th position. The placed positions will share 15% of the total prize pool.

How do I start playing?

How is the game played?

Once you have chosen the buy-in and number of games you want to play you will take your seat at the table. When the table is full the first random draw will begin which will decide the total prize pool for the Sit & Go HERO tournament.

At the end of the total prize selection, you’ll see a summary that confirms the amount of the multiplier, the total prize amount, and how much each player will receive. This includes how much will be put on one player's head as the bounty.

The second random draw is the selection of the bounty. A target passes each player until it randomly stops on a player. This player then has a bounty icon associated with their screen name to highlight who the bounty is.